Teen Book Review - The Diary of a Young Girl by Anne Frank. 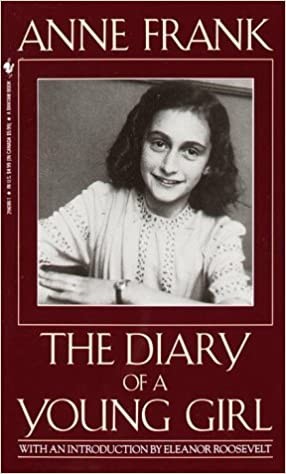 Book Review by Maya B.
I thought The Diary of a Young Girl was an excellent read. I would rate the book 5 stars. I started the book when I was younger and I didn’t like it as much. Now that I’m older, I thoroughly enjoyed the book. The people were very enjoyable and I always like when Mrs. van Daan had to complain about something. Her defenses and complaints may have been annoying to the people living in the Annex, but to me they were very funny.

In the beginning you get to know the people living with Anne. She had jobs in the Annex and there were times when she didn’t feel safe. In the middle Anne is finding herself and she is going through phases of depression and trying to connect with herself. She is also having a problematic relationship with her mother and they go through a rough patch through most of the book. Another thing is Anne’s diary can be relatable because she had problems that some readers might have. An example is depression and loneliness. Near the end she gets happier now that she found a friend in the Annex to confide in. Her friend is Peter whom she thought was a pest, but once she got through to him she realised he needed love too.

The diary stops when she is talking about her faults. It can be odd when she talks about what she will do after the war when I know that she dies before the war is over. In a lot of her entries she talks about how her family feels about her. In her mind she feels that her family only sees her faults and how they see the second side of Anne not the kind hearted funny first side of Anne. In her entries she talks a lot about how she has to cover up her feelings and she breaks down a lot of the time only when she is alone. At those times she cries and cries and cries. Living in the Annex wasn’t easy for Anne, but she did it so she could try to be safe.

All of this made me feel saddened because she could have lived a wonderful life out of hiding.